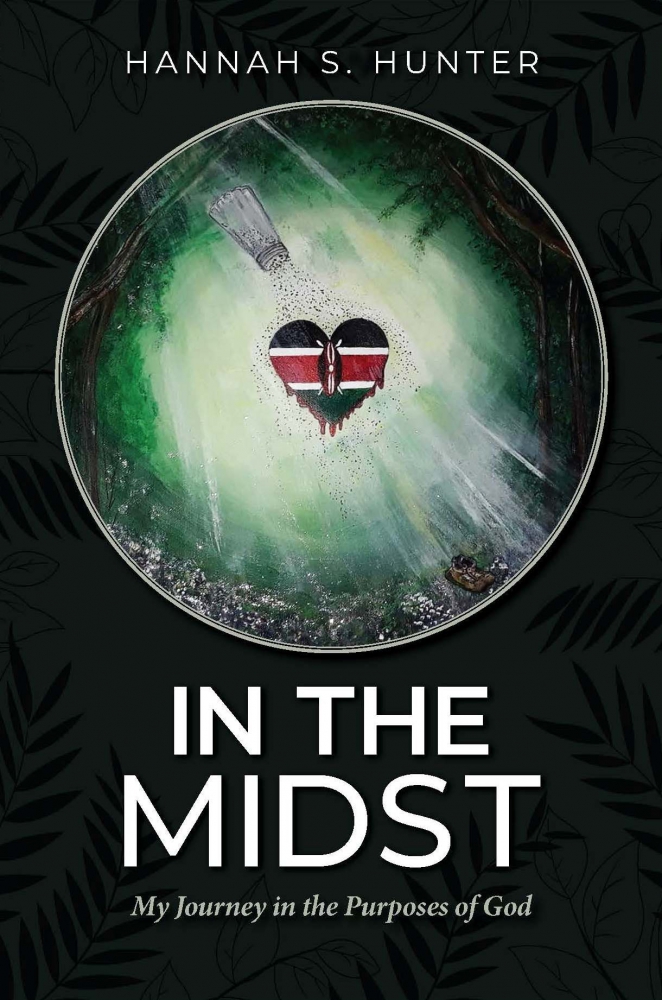 I heard the Lord say,
“Your heart is seasoned and needs to be poured out in this time.”

In the Midst is my story of finding the Presence of God in the Purpose of God. From Pennsylvania to Kenya and beyond, I have seen God’s faithfulness in so many ways, making the way for His Kingdom to come on earth as it is in Heaven. In my vision I saw a hand from Heaven holding a huge salt-shaker. As it prepared to pour out the salt, I saw all kinds of spices and herbs being sprinkled over the earth—the ‘sea-soning’ God was pouring out. I have seen firsthand that where He calls, He provides. Even in a foreign land with many obstacles, God’s miraculous Presence has never changed and has always made the way through . . . and He will do the same for you!

HANNAH S. HUNTER is the President of Team  Seasoned Heart Ministry and has been a missionary to Kenya since 2013. Hannah was born in Skippack, Pennsylvania and was married to John Wayne Hunter (yes, named after the actor!) for 36 years, until his death. She currently resides in Schwenksville, Pennsylvania when not stationed overseas. Hannah has three biological sons, one Kenyan son, and many spiritual children! Hannah is a widow but will always remain part of the bride of Christ and a daughter of the Most High God.

As a child born into a family with a generational history of following the Lord, my heritage included a commitment to the Gospel even when it was costly. Many generations ago, my ancestors immigrated from Europe to America to escape religious persecution. Both sides of my family were Mennonites who settled in southeastern Pennsylvania. One set of grandparents were farmers. My maternal grandfather worked in a factory that made parts for military ships and was in high demand during World War II. I was the third child of a family of seven children. My parents adopted my brother while I was a junior in high school.
I remember canning meat to be sent overseas, and I remember that during hurricanes or tornados we would go help clean up and rebuild. Though I would often question why we did not see speaking in tongues as relevant for today and why we were not casting out demons and raising the dead, no one was able to answer those ques-tions for me. Occasionally in church or in school chapel, someone would come with real fire from the Holy Spirit and I would be drawn to that tangible expression of faith.