We are privileged to carry HIS heart to East Africa from a base in Kilgoris, Kenya.  We invite you to, above all else, pray in agreement with the Holy Spirit for HIS purposes for this region and the people.  While we see God as our Source, there is the principle of the Sower and the one sent to the Harvest field and the blessing to both.  We invite you to come alongside of us and sow financially into the ongoing Harvest.

Get Our Recent Posts in Your Mailbox 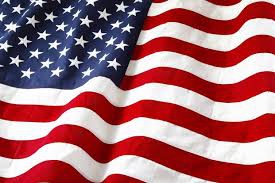 Our Pledge and Declaration

Our Pledge and Declaration

It’s funny how in this time God is bringing up items from our past.  Specifically, things we took for granted and never really thought too hard about.  The decrees of the colonists coming from Europe, the Liberty Bell, the Appeal to Heaven flag.  All these things He has brought into our current consciousness and in them we have found forgotten promises and decrees.  Today while I was in the shower He led me to the Pledge of Allegiance.

For those who do not know the Pledge of Allegiance is a pledge that, at least when I was growing up we spoke, right hand over our heart at the beginning of every school day.  I believe it used to also be said before sporting events, but I could be mistaken; I’m not a sports fan.  The pledge as it currently goes as follows, “I pledge allegiance to the flag of the United States of America, and to the republic for which it stands, one nation under God, indivisible, with liberty and justice for all.”

God pointed out to me that this is not only a pledge of our allegiance to the country and what it stands for, but it is also a declaration about the nation.  Specifically, the ending part of the pledge; one nation, under God, indivisible, with liberty and justice for all.  The first part, one nation under God is what the nation is meant to be.  Many peoples, but one nation and all under God; under His protection, His rule, His justice, and His laws.

There is a good reason for that to be before the others because as that goes, so do the others follow.  When we truly are a nation under God, following His ways and righteous before Him than we can be indivisible.  He brings peace, unity, and purpose to the nation.  It is only when we move away from Him that division becomes possible.  For decades we the Church grew complacent and allowed demonic influences to grow in strength and power.  Now look how great the division has become; it is so bad even those who do not believe can see it and are shocked with how bad it has become.

We can also see the breakdown of the final part of the declaration; with liberty and justice for all.  Under the anti-Christ agenda there is only freedom for those who follow their agendas and policies.  If you do not agree with their identity politics, their socialist and communist beliefs, and the right to kill children then you are now to be branded a terrorist.  You are to be shunned, cast out, pitied, and looked down upon.  I have even heard the words re-education thrown around recently.  It makes me want to laugh that they can call us terrorists and yet they use words used by the likes of the Nazis and the Soviet Union with no self-awareness.

Only when God has redeemed this nation, shaken loose all the corruption, and exposed it, and we turn back to Him can we fulfil the last part of the declaration.  This was meant to be a nation of freedom, where all can come and find freedom to live and believe as they wish.  God brings that freedom for He has always believed in honoring free will and does not force us to worship Him or live specific ways.  He has taught us the right ways to live but allows to do so or not as we will.  He is the God of justice and so can only ever be just in His reign.

Father as we move forward in this season we thank you for the reminder of what we are meant to be and what we will be again.  We thank you that you are moving on our behalf, that you have heard our prayers and cries.  As is stated in the pledge we declare that we are one nation, under you God, indivisible, with liberty and justice for all.  Hope and Joy are our portion as you reclaim your land, bring justice, and pour out on us our inheritance.  Amen. 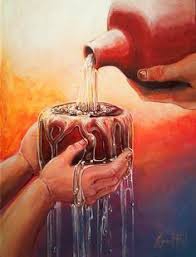 The Cup of Iniquity

The Cup Of Iniquity

Recently I heard something from a prophetic voice I respect that I had never heard before.  It concerned Abraham and the land God was going to give him, or rather to his descendants, the nation of Israel.  The reason given that the land was not immediately given over to Abraham was because of the people known as the Amorites who were currently settled in the land.  God could have destroyed them with but a word but, according to the person I was listening to, He did not because he was waiting for their cup of iniquity to reach fullness.

I had never heard of that before.  In a later word he explained that once said cup was full then the Lord could justly and righteously take out the Amorites.  This explains so much to me.  It explains a lot about God’s timing, and it explains some of how God works.  First I want to start with His timing.  Like many I often wonder “What is taking God so long?  He could do it in an instant, but He hasn’t, why?”

While the cup does not explain every scenario, it does explain a lot when it comes to dealing with certain groups of people.  God waits until their cup of iniquity is full.  He could take them out at any time, but He does not because to do so before the cup is full is to be unjust and unrighteous and God cannot be either of those things.  Additionally, He always gives all time to repent, to turn from their evil ways and back to Him.  If He does not wait, they do not get their chance at redemption.  This is part of His being a merciful, slow to anger God but also part of His being a just God.

Another part of justice is evidence.  When you convict someone of a crime and punish them for it you must have evidence that they are in fact the guilty party.  Waiting for the cup to fill allows the guilty party to make more evidence for God to use as well as give Him the ability to bring it to light so all will know His judgements are true and righteous.  One simply needs to look at our current situation in America.  God has not simply moved in and destroyed all that moves against him; He is letting it all be exposed for us to see.

I was going to make this next part about how the cup explains part of how God works however I think I already did in the last part during time.  I’ll do a quick reiteration here just in case.  God wants all people to come to Him and be redeemed and so He gives them the chance to do so.  He sends words and warnings, tries to call them to Him.  He will do this over and over and over, years or decades of time given before He can wait no longer, the cup is full, and judgement must be issued.

I believe that the cup of iniquity is very full in this day and age.  A nation once known for freedom and the rights of its people now full of so much corruption.  An election full of fraud but people in power or those who desire this outcome looking away and saying the fraud is a lie.  Many traitorous dealings in the halls of government.  Politicians and judges who care only for themselves and their own careers or how they are viewed.  A media that shows lies and tells you what they want you to know.  An education system that seeks to teach their own narrative rather than the truth.  The only hope I have, the only comfort I have in this time is that I know God will not be mocked.  He is on the throne and He is just and righteous and good.  His judgement is coming and all will know of His kingdom and glory.